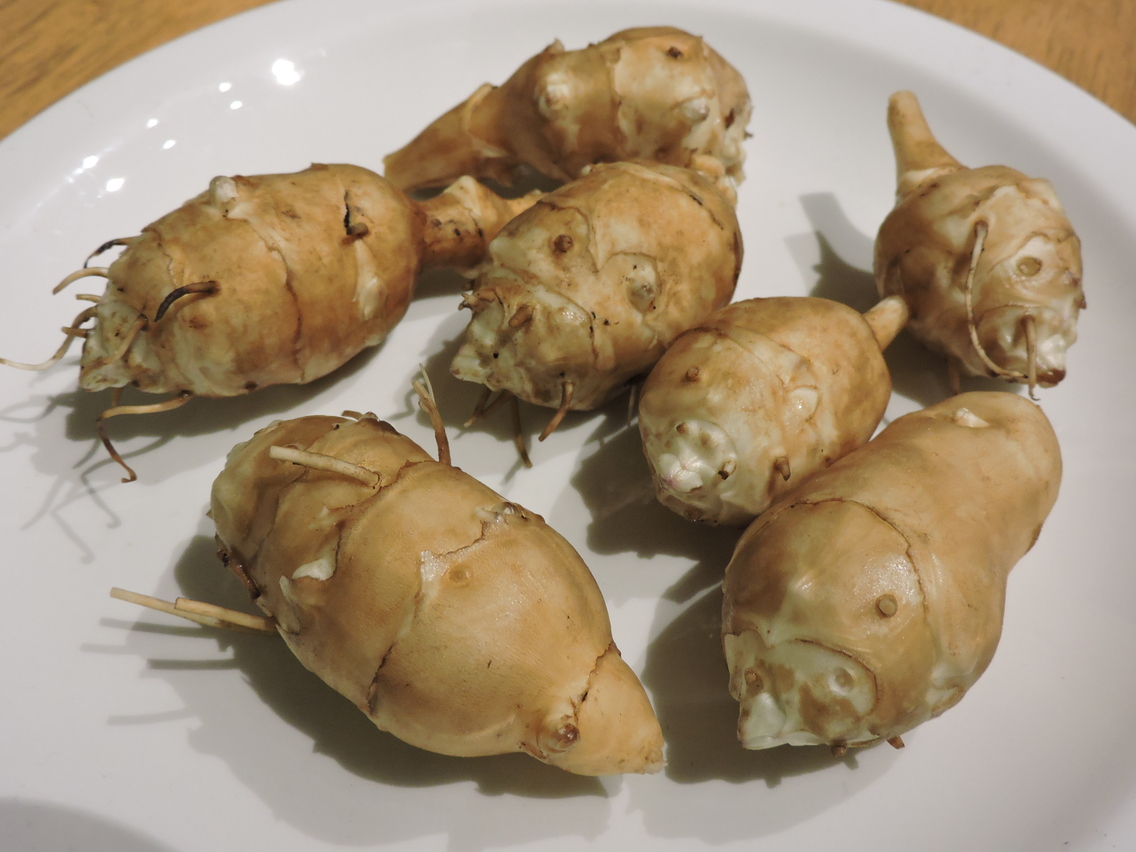 Jerusalem artichokes are a tuberous sunflower from north America. They’re not from Jerusalem and they are not artichokes either. The original name is Giro Sol, to turn with the sun which in Italian sounds like Jerusalem and they have a similar flavour to artichokes. It is a versatile and useful plant with it’s many uses beyond being ornamental.

Plants reach 3 meters / 10ft in height very quickly and are ideal for a pop up hedge or a wind barrier for the summer months. Tubers are plentiful and can overwinter outside without frost damage. They do particularly well in no dig lasagne gardens and perennial mulched gardens. Tubers can even be harvested throughout the winter or left to grow on year after year. It’s latin name is Helianthus Tuberosus.