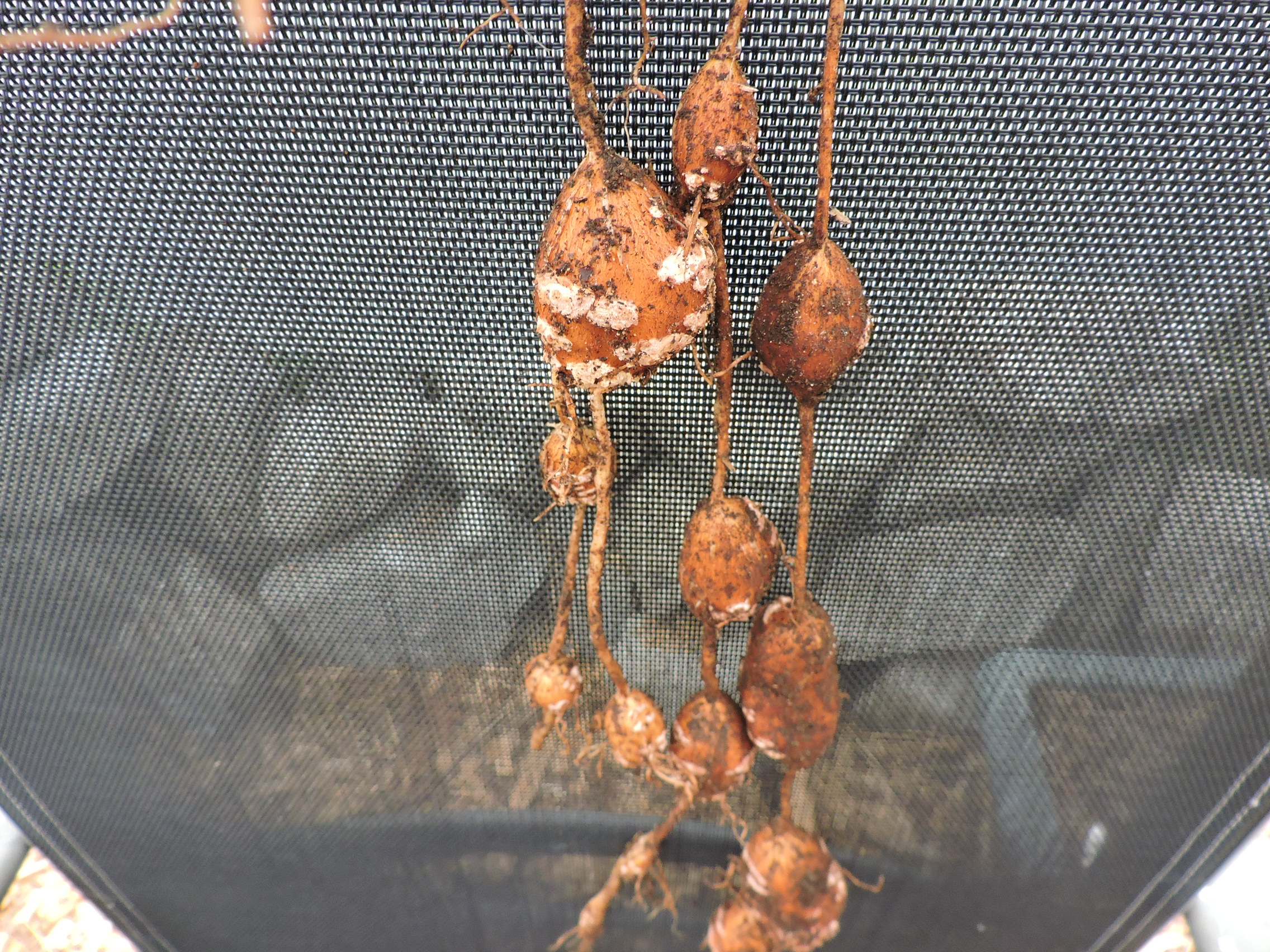 Apios americana was also known as travelers delight and groundnut. It’s a perennial plant with tubers growing underground linked like sausage chain. It’s a climber with beautiful pink and purple flowers. We have achieved much better yields by growing them indoors in a greenhouse.