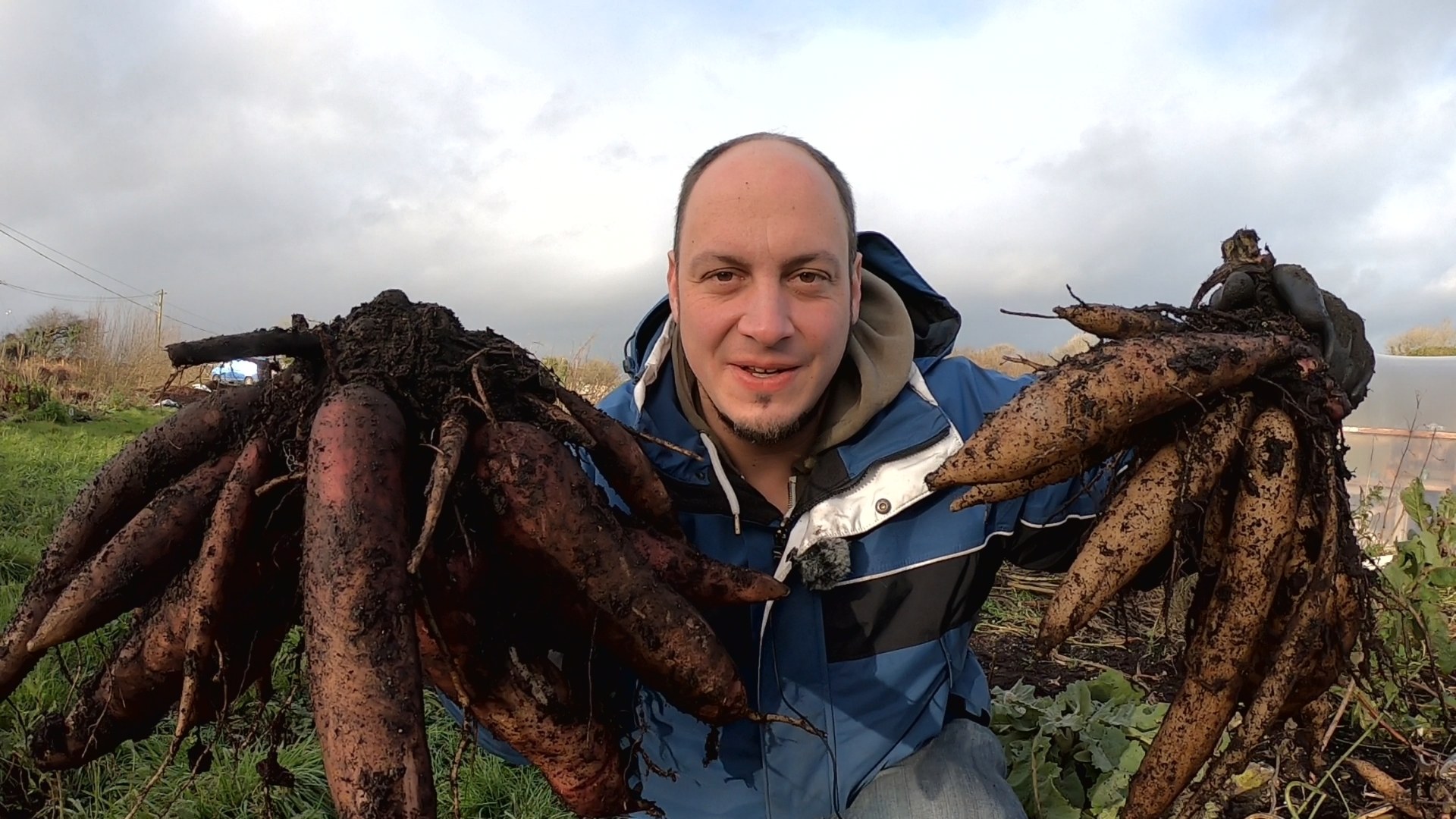 Yacon is another one of those edible perennial tubers from the Andees. It is closely related to Jerusalem artichokes and the sunflower, while it’s daisy like yellow flowers and tropical leaves make for a beautiful ornamental to grow in any garden. The tubers are crisp, juicy and slightly sweet after curing, the fruit of the winter months as they are best eaten raw like an apple. It is low in calories and contains inulin which is a great sweetener for diabetics which makes it the main ingredient in a lot of diabetic products. It makes for a great snack food especially for children! It can easily be grown outdoors, however it isn’t frost hardy so plant it out after the chance of a late frost.