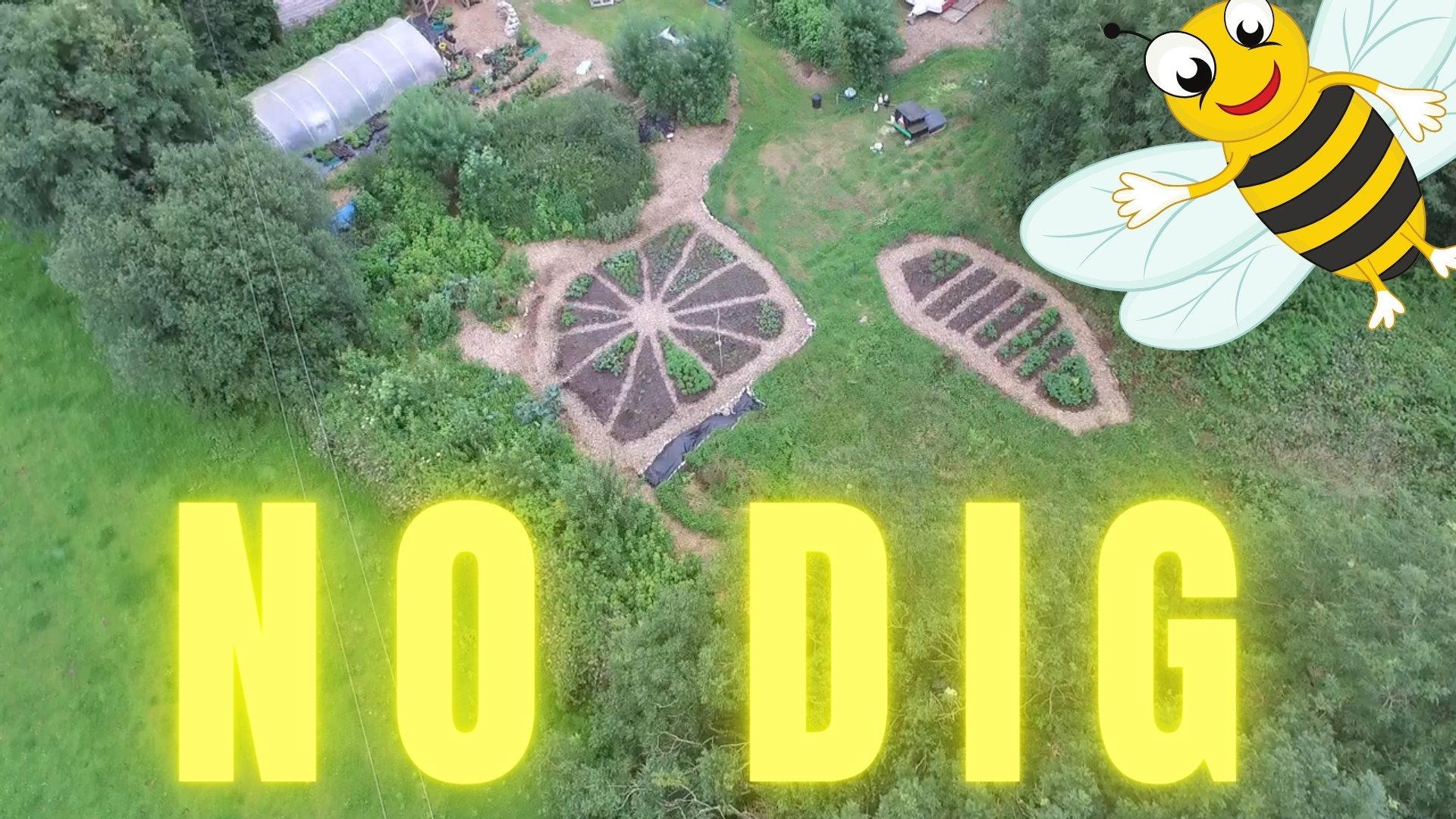 Here’s a quick video on our little Bumble Bee Garden. It came into being by complete coincidence, or rather by opportunity. After we created our Pizza Garden we were left with a blank spot which is where the pile of compost was resting for a couple of months. We simply loosened up what compost was left on the ground and spread it at an even thickness, made paths and planted what seedlings we had left by June. Mostly pre-chitted potatoes Durham early cabbages and red Russian kale, but also some Ocas, horseradish and basil mint. We inter planted the kale with the potatoes and after they were done the kale took over growing well into December. We are letting the chickens have it now and preparations for the new growing season will be under way shortly, covering all of the no dig gardens with a fresh layer of compost to feed the soil life.