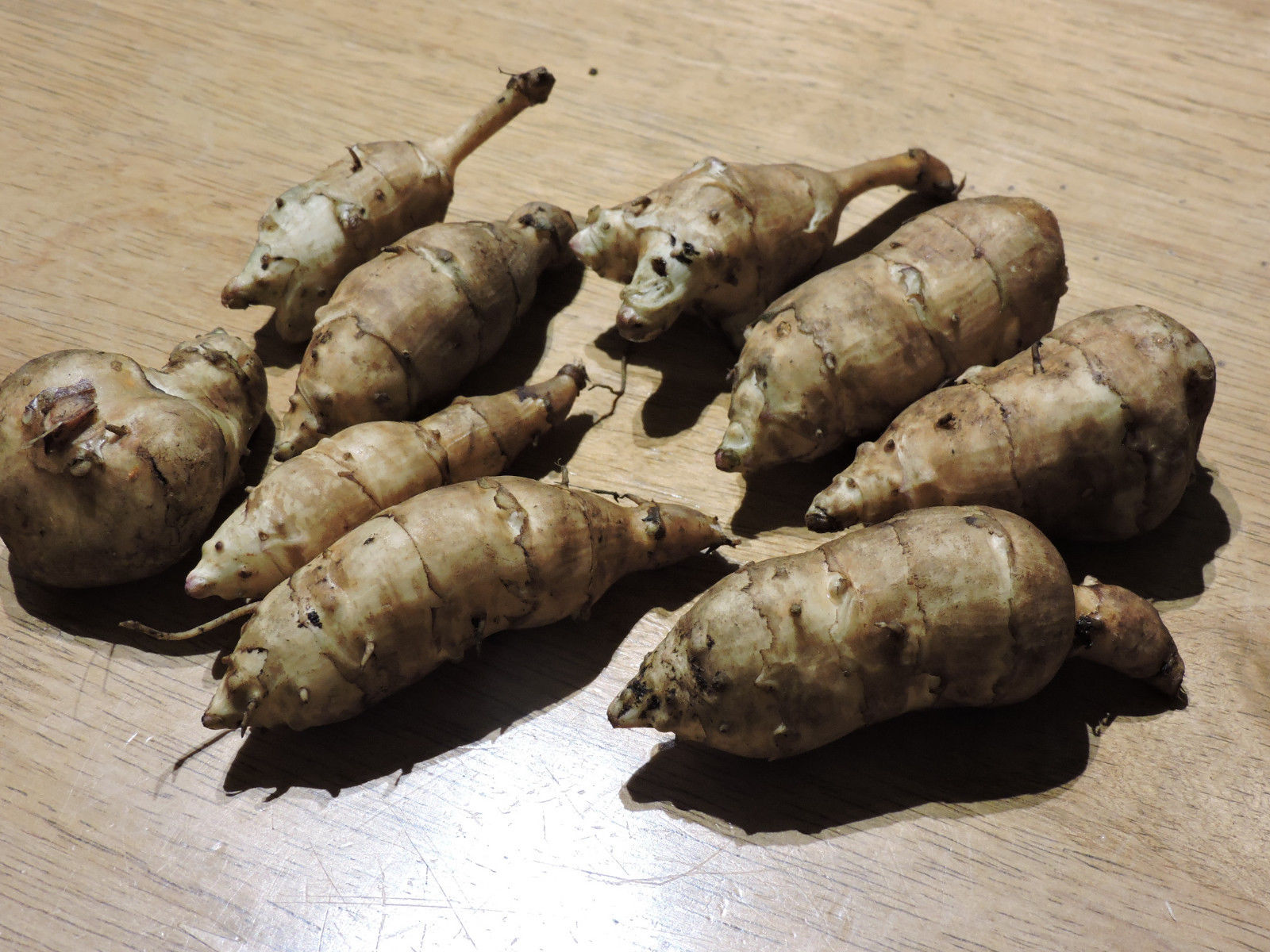 Also known as Sunchoke, Jerusalem artichoke is in the sunflower family. They originate from north America and were first introduced to Europe in the early 18th century. It is a versatile and useful plant with it’s many uses beyond being ornamental. Plants reach 3meters / 10ft in height very quickly and are ideal for a pop up hedge or a wind barrier for the summer months. Tubers are plentiful and can overwinter outside in any well mulched garden. They do particularly well in no dig lasagne gardens and can even be harvested throughout the winter or left to grow in the next growing season. It’s latin name is Helianthus Tuberosus.

— NEW ORDERS ARE SENT OUT WITHIN 15 WORK DAYS DUE TO HIGH DEMAND.–

Sunroots are famous for it’s edible tubers which are often referred to as earth apple. Although it’s best to wait until the carbohydrates have turned from inulin into fructose later in the winter, this makes it sweeter to taste and you will not have to find out why it is also known as ‘fartichoke’. While they had a reputation of being a poor mans food during world war 2 – being the most common food available at the time along with rutabaga (Swedes) Served. Sunroots are now highly regarded in many restaurants as a delicacy in many dishes mostly roasted or in soups. They also make for great country wine.