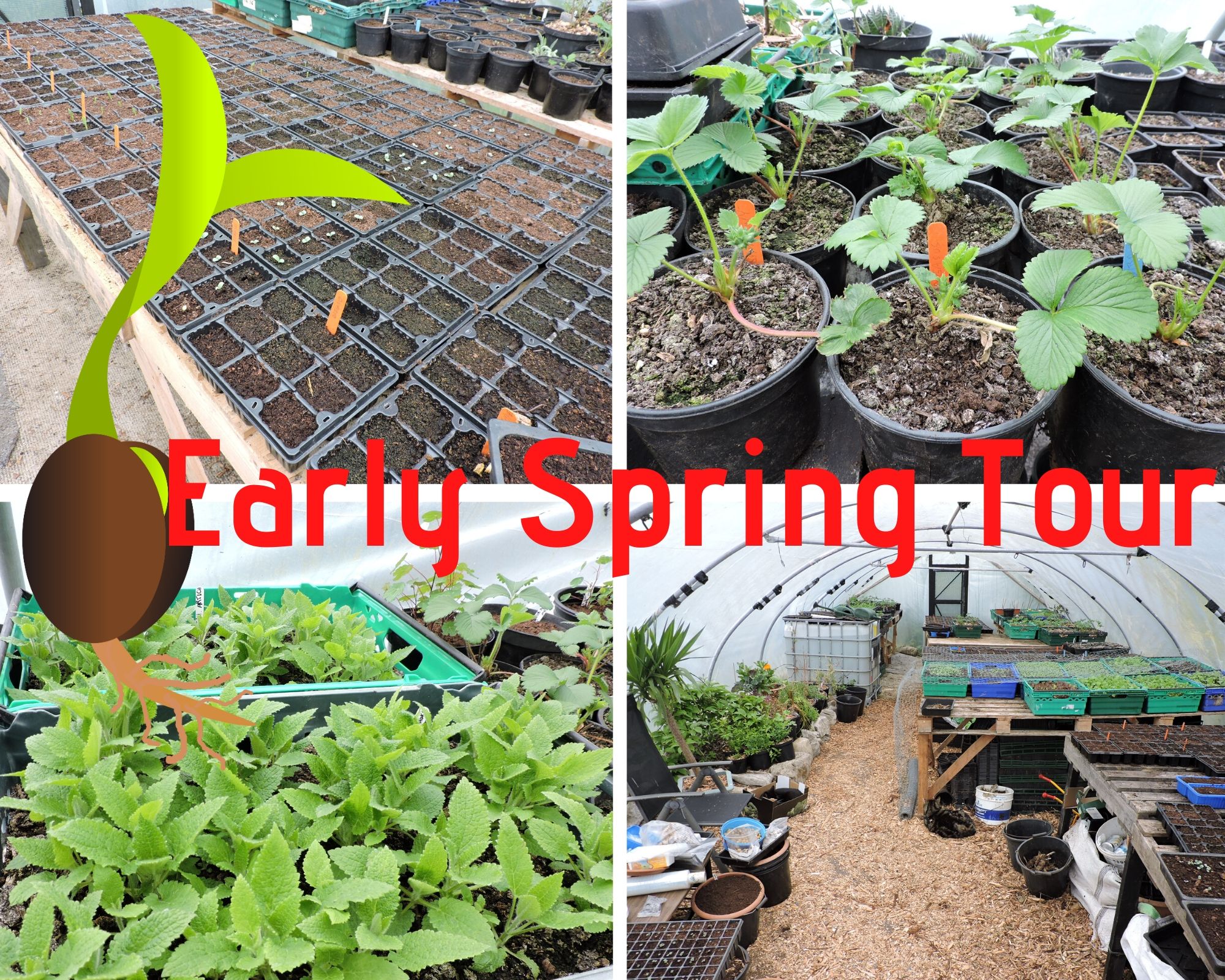 Here’s our first tour of the nursery greenhouse at the beginning of the 2020 growing season. Since early March we have been starting plants from seed and we kept our new strawberry and raspberry plants indoors until now to give them a head start. These are now being moved outside making space for our tubers. We are potting up Oca, Apios, Ullucus and Yacon tubers. These are kept indoors until the end of May to avoid them getting knocked back by frost. We are setting a new vegetable garden and seedlings currently growing in the greenhouse will hopefully be ready in a few weeks when the garden is finished. We are building a second greenhouse, another exciting project but more on this later.