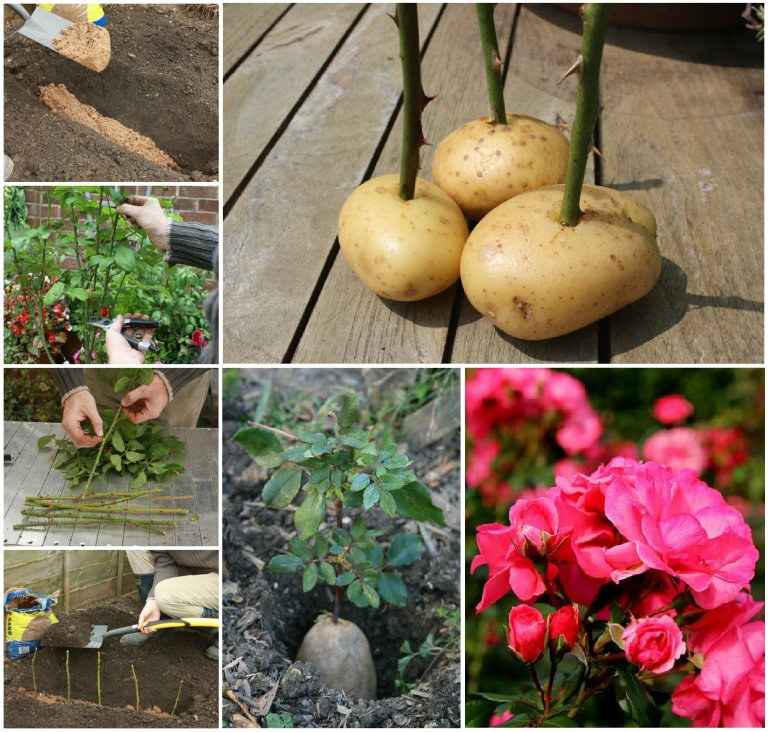 Here’s a way to propagate roses the inexpensive way. It would be most successful with softwood cuttings in late spring or early summer and i would use rooting hormone instead of cinnamon, but either should work.
Simply drill a hole in the potato slightly smaller than your rose cutting, now strip the leafs off the cutting and dip it into rooting hormone, then stick it into the potato. Plant it just a couple of inches below to surface of the soil. If cuttings don’t dry out, they should take off and grow into a rose bush. This technique can be more successful by keeping 2 leafs on the cuttings and keeping them moist under cover in indirect sunlight. PS: Sometimes the potatoes start growing also! 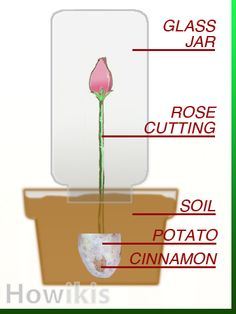