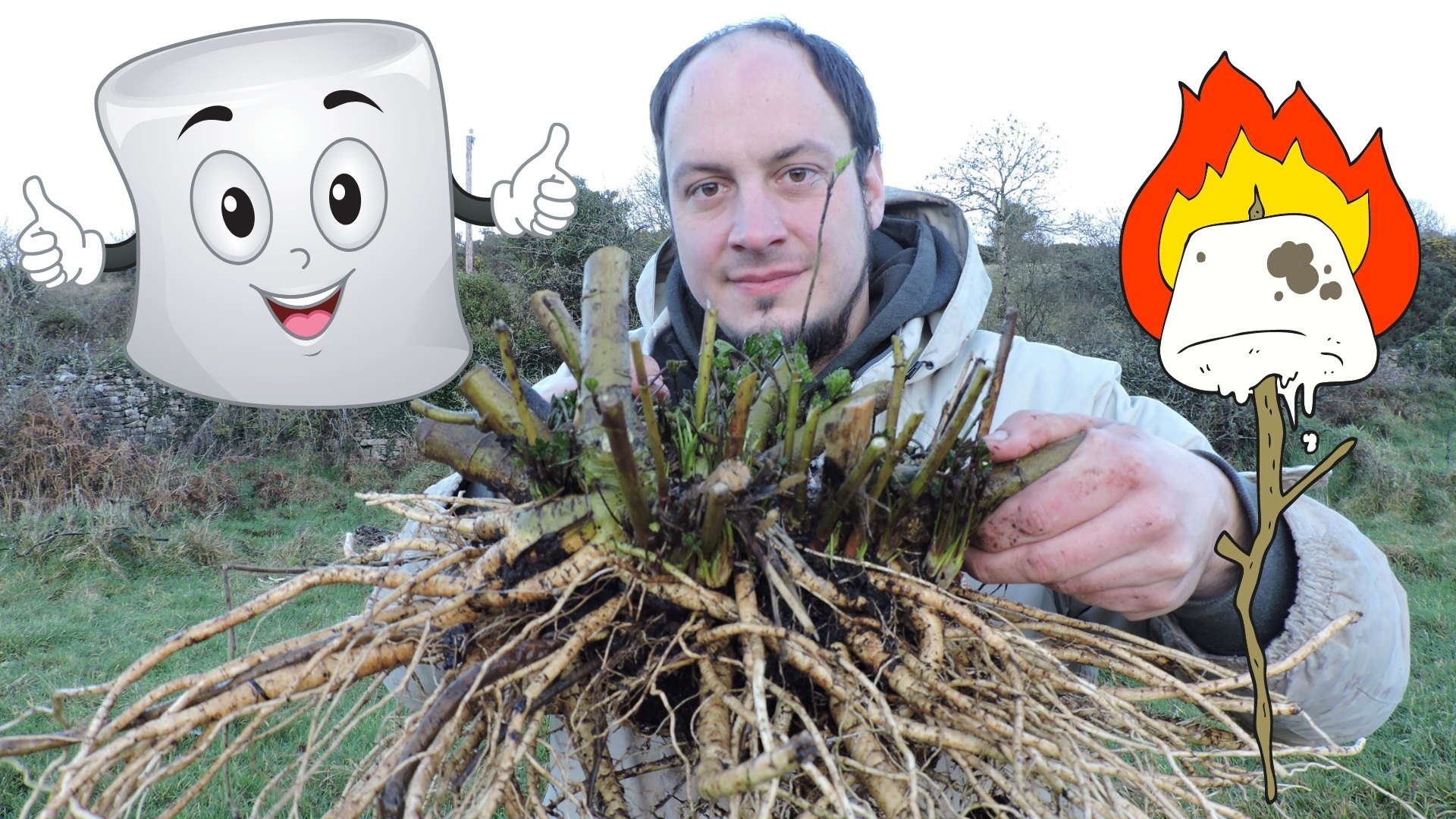 Did you know where marshmallow sweets originally came from? They were traditionally made from the roots of the marshmallow plant since the time of the Egyptians whom reserved them as a food for gods and royalty. In this video we’re going to harvest a 1.5 year old plant just at the end of it’s second growing season. The leaves make for a good herbal tea for a dry throat as they contain mucilage. The name comes from it’s native wetland habitat and it’s velvety soft leaves.

The flowers are ornamental, edible and also attract beneficial insects to the garden. It was grown in our super charged no dig woodchip island garden. We’re very pleased with the result, especially considering there was no maintenance involved. The Winecap mushroom mycelium hidden beneath the mulch layer contributed by extending the plants roots in return for sugar in a symbiotic relationship.