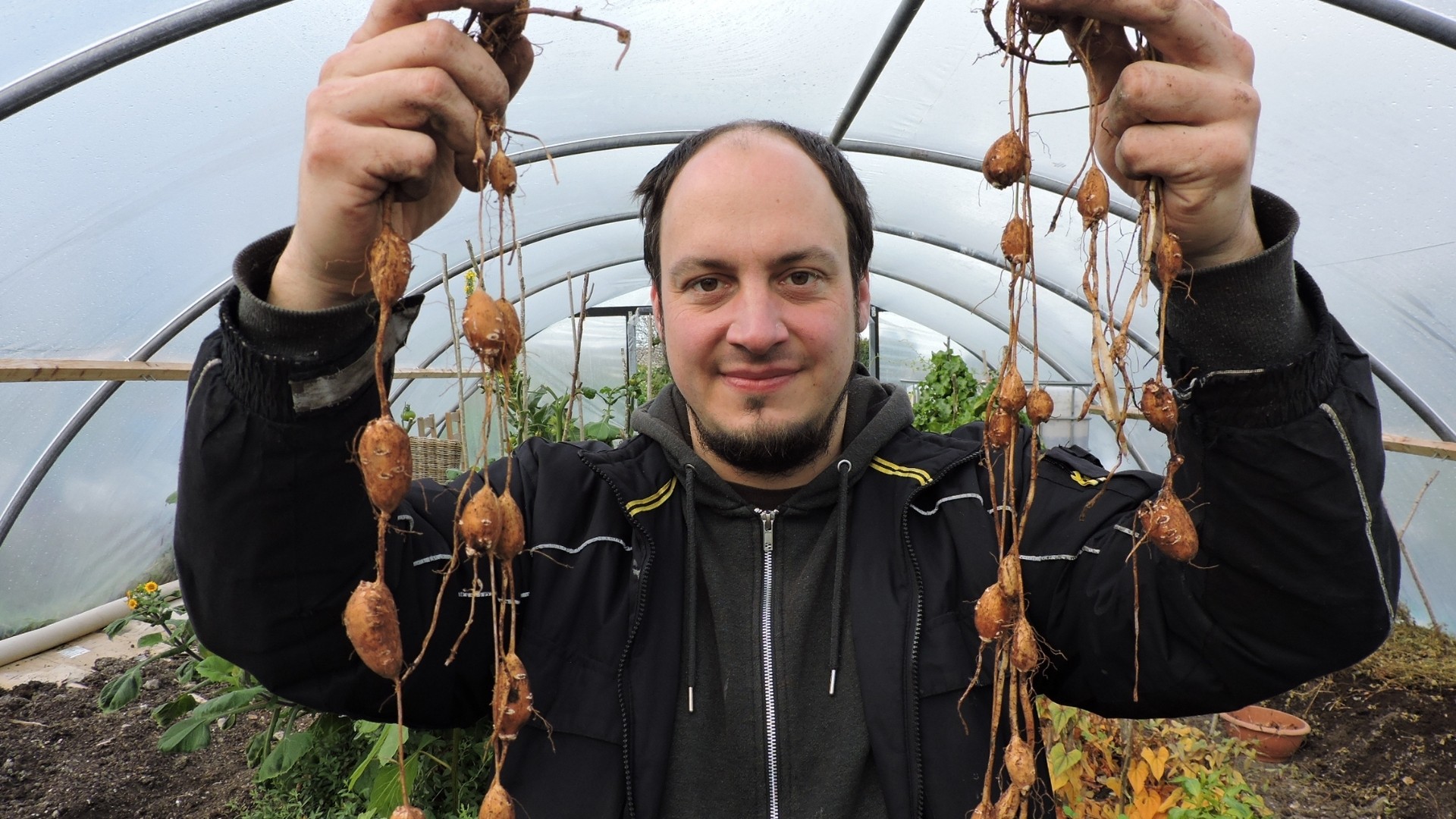 Apios is also known as ground nut and it’s one of those ancient foods our ancestors and native Americans have been eating. Back in the day when explorers traveling from east to west in north America, Apios was used as a source of forageable food along the way. It’s common name used to be travelers delight. We like to call it sausage link tubers because the tubers grow along a string which makes them easily the most satisfying vegetable to harvest in the garden. It’s perennial, nitrogen fixing and it’s ornamental flowers are adored by pollinators. The tubers contain 3 times as much protein as potatoes, 17%. They can be eaten raw, however when roasted the flavour really come through and they are delicious. You can harvest them any of year, although early Winter when the foliage has died back you’ll get the most yield and best flavour. Best planted in a permanent location as they are perennial. Tubers can be harvested after the first growing season, however yields get bigger every consecutive year.